» Home » About the Future of Public Housing Project 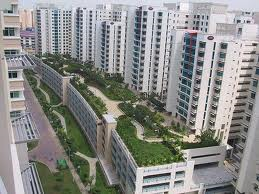 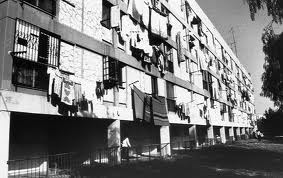 About the Future of Public Housing Project

Access to affordable and adequate housing is an issue for almost every nation and city. While in the past the state provision of public housing addressed this need, currently, most countries have lessened their response.  The aim of this project is to stimulate debate regarding ‘the future of public housing’ and the role of governments in their responsibilities in the delivery of housing.

The objective of this research is to measure access to affordable and adequate housing, and explore the role of the state in providing public housing to address this need is accommodated.

Our key research questions are:

The first phase of research is focused on a comparative international analysis of public housing. The results of this research can be found under “Trends in Public Housing Internationally”.

The second phase of the project aims to bring together a network of international researchers interested in public housing to identify key issues within public housing for further exploration. This phase took place in May 2015 as part of the Housing For All series of events, which included an international academic workshop, art exhibition, and community dialogue.

The third phase of research involves looking at non-profit and private sector involvement in public housing.

Access to affordable and adequate housing is an issue for almost every nation and city. While in the past the state provision of public housing addressed this need, currently, most countries have lessened their response. In this environment there is an absence of sustained, systematic, and informed consideration of the state’s role in provision of such housing. Yet, indicators are that such consideration must be central to any resolution of the complexity of housing issues faced by so many countries globally.

“Housing that is developed, regulated and / or funded by the government to provide affordable housing for the public. Depending on the particular scheme, the housing produced may or may not be managed by the government; may include rental and ownership (with restrictions on resale); may be universal or targeted to particular groups.”

The stock of public housing that was built after WW II is deteriorating and many countries have focused on privatizing this housing through redevelopment or selling of housing units. Social housing that is rental, and owned and managed by government authorities and/or non-profit organizations has become the dominant form of public housing provided in many jurisdictions but this housing only addresses the needs of targeted groups (i.e., the homeless; seniors; those with multiple barriers).

While there is research on public housing focused on individual countries, there is much less comparative research that compares countries and patterns of allocation by geographical and socio-economic distribution. A survey of policy approaches in 13 countries (van Vliet, Huttman and Fava, 1985) compiled data on countries in various regions but, given the extensive restructuring of public housing policies that has occurred in the last 30 years, is dated. Recent EU reports (Whitehead and Scanlon, 2007; 2008; Czischke, 2009) reviewed policies in European countries and did some comparative work on particular policies and practices.